Get a bit of “Chelsea Magic” in your Garden 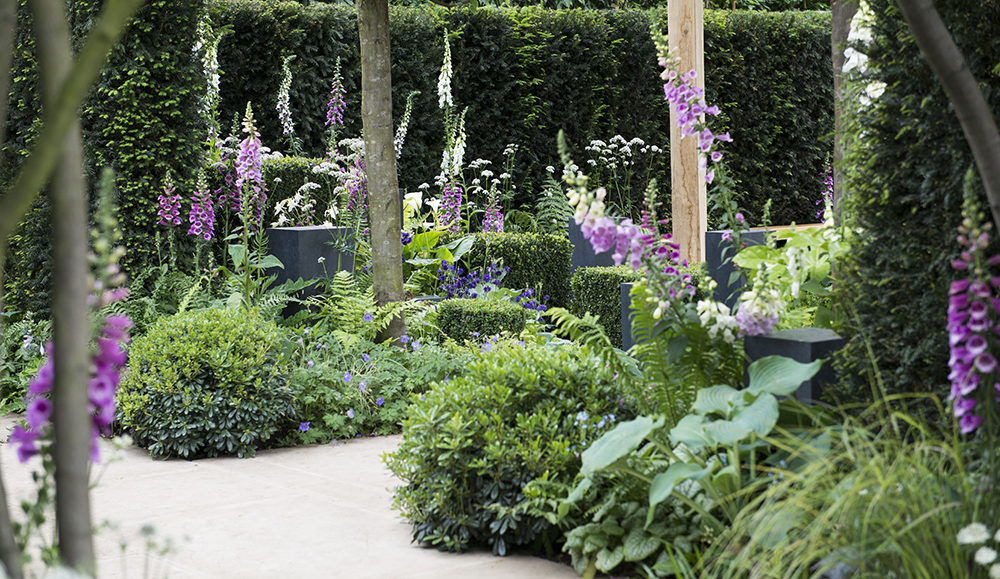 It’s Chelsea Flower Show week and the media is awash with articles on flowers, garden design and all things horticulture. Want some tips on bringing a little bit of “Chelsea Magic” to your own garden?

When it comes to the combinations of flowers in a bed design, principles can be divided into the categories of scale & form, planting styles & patterns, seasonal interest and colour.

Similar to a garden design’s hard landscaping, the soft landscaping of plants needs to consider the same elements of scale, shape and proportion to ensure it sits well within the space. A plant design generally sits within a framework made from some specific characteristics of plants. The great garden designer John Brooke’s own interpretation of the framework comprised:

The Skeleton – The green background which against everything is shown against.

Specials – Plants that have particular architectural or special appeal and are used as focal points within a design.

Decoratives – The first layer of plants planted in front of the specials with distinct foliage or interest.

Infill – Made up of both annuals and bulbs to punctuate the overall design.

Linda Hawthorne in her book “Gardening with shape, line and texture” considers there to be three natural layers of plants in a border and categorises her plant selection’s heights as: ground to knee, ground to navel and ground to crown of her head.

The various ways in which plants are grouped in a design can provide quite different effects. The same type and colour of plants grouped in mass blocks give a very strong effect to the design. Interlocking informal drifts in borders give a layered planting effect of elongated waves allowing different plant groups to blend together.

The use of rhythm and repetition of plants through the garden design gives cohesion to the overall design and avoids the ‘dot’ approach to planting.

Linda Hawthorne uses her own categories of planting forms. ‘Horizontals and Tiers’ uses plants that lends either a linear, or horizontal line with flat-topped flower head on a tall stem, and is used as a baseline or foreground. Plants in his category can be low level ground- huggers such as Campanulaceae, to something as large as a Cornus controversa ‘Variegata’.

‘Arcs and Fountains’ bring a strong curving line. Fountain forming plants such as Pennisetum have stems which ascend almost vertically and then arch at the top bring a cascading effect.

‘Clumps and Mounds’ are the dominant green masses in a planting scheme and bring unity to the various elements. Euphorbia is a personal favourite of mine which sits in this category.

Finally, ‘Clouds and Transparents’ include plants that have a light, airy nature and lacks solidity even when of substantial volume. Aquilegia is a good example as this plant permits light to filter through them.

By using the above principles, I urge you to play with plant shapes and you will be surprised at the effects you can create in your own garden.

Next time we will look at colour combinations and seasonal interest.